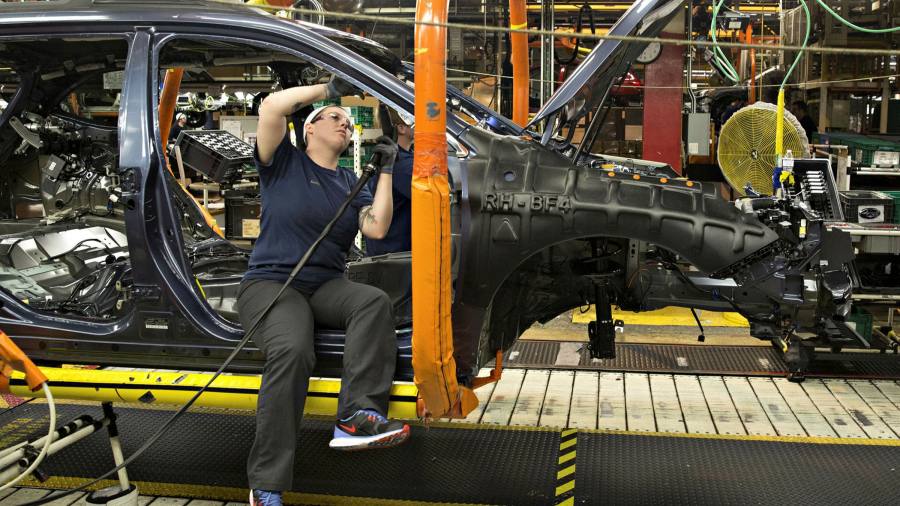 The construction industry may be unable to meet pent-up demand for housing and infrastructure, even when fully reopened – due to labor shortages and a cycle of “boom and bust”. recession ”in the sector, according to a new study.

The report ‘Quality of employment in the construction sector’ warns that this could have serious implications for housing and infrastructure construction strategies in Ireland, leading to rising house prices and delays in construction. ‘other areas.

It also highlights the problems of low wages for low-skilled workers, bogus self-employment, intimidation, lack of diversity and “heavy” dependence on foreign workers.

The paper produced by the Think Tank for Action on Social Change (TASC) with the Chartered Institute of Building (CIOB) highlights the positive aspects of the construction sector as a means of improving the standard of living of less skilled workers.

However, he describes the boom and bust cycle as the “root cause” of many of the problems facing the construction industry, including labor shortages, productivity and stability of the economy. employment.

According to the study, Irish construction industry incomes are ‘on average’ good, with wages close to but still below the EU average.

However, while professionals like architectural engineers and managers are “very well paid”, less skilled workers are paid “below European standards”.

However, senior author and senior policy analyst at the TASC, Dr Robert Sweeney, pointed out that not all self-employed alone are bogus self-employed.

His report notes skill shortages, especially among professionals and craftspeople, including carpenters and electricians.

The report also points out that Irish construction is “heavily dependent” on foreign-born workers, which may be because the work does not always require fluency in English.

“It is estimated that at least 20% are immigrant workers, but this is probably an underestimate as the surveys do not take into account undocumented workers or those who ‘usually reside’ in the country, who only come to work for a short period of time, ”he notes.

Dr Sweeney said the Covid-19 pandemic had laid a “key in the works” of recovery from the ongoing financial crisis.

“The important questions now are whether the sector is ready to meet the pent-up demand that has accumulated since before the pandemic, and whether the public sector will re-enter the housing development space,” he said. for follow-up.

The report urges the government (as the main construction customer) to end “cyclicality” by “prioritizing a clear, long-term pipeline of directly built social and affordable housing.”

Dr Sweeney notes that public housing construction in Ireland has “almost evaporated” and said the public sector should step in if there is a recession.

The report also calls for the creation of a construction innovation fund for SMEs to stimulate investment in research and development.

Further research should be conducted to establish the true extent of bogus self-employment, and the government should “encourage enforcement” by the terms of public procurement policies.

The report calls for structures to improve the remuneration of less skilled workers “through productivity growth and redistribution from relatively high scales of professionals and highly skilled workers”.

It also recommends initiatives to stimulate the participation of women, as well as to combat bullying and mental health problems.

CIOB Ireland’s Director of Policy and Public Affairs Joseph Kilroy noted that historically career counselors have been reluctant to send students to the sector due to its unpredictability, adding that this has not only contributed to a skills shortage, but also a lack of diversity.

He contrasted this with the situation in Germany, where there was a “positive emphasis” on the value of trades and practical work.

He also warned that the reputation of cyclicality in construction was holding back the sector and its production.

Research found that while construction provided a meaningful work opportunity and a greater sense of empowerment, there was evidence that workers were under more time pressure and stress now than during the last boom, and also remained more dangerous. compared to other forms of work.

However, the report insists that Irish sites are among the safest in Europe.